Our Mission is Working 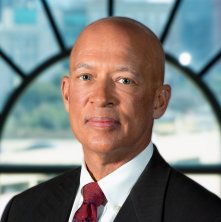 I am proud of what we have achieved so far to make good on the promises of my 2018 campaign. We have made progress on every front to achieve needed criminal justice reform. On many issues, we are seeing results, notably on decriminalizing mental health and homelessness, and implementing commonsense approaches to low-level offenses.

We are no longer prosecuting first-time offenders in misdemeanor marijuana cases, thereby eliminating the racial disparity in arrests and prosecution. All of these reform measures are allowing law enforcement to focus on violent crime, because our justice system is unclogged of thousands of minor, non-violent cases. That means a safer county, and a drop in violent crime.

Here are some of my key accomplishments:

We are on the road to reform, a stronger and fairer justice system, and a safer county. There is much work still to do, and I am seeking another term to bring strong leadership and vision to the Dallas County District Attorney's Office. I ask for your support so we can keep up the good work.